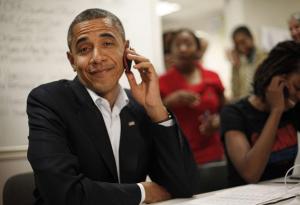 I often like the concept of democracy more than the thing itself. Like all political systems, it’s much better in the abstract. In an ideal democracy – or democratic republic, if you want to get all pedantic on me – a well-informed citizenry would stand up and cast their votes for a leader from those who were best suited to guide the nation forward. These candidates would be the best the country had to offer, and the choice would be made based on their skills and their record.

Of course, as with any political or economic system, once actual people get involved, the whole thing goes pear-shaped. A lot of voters aren’t informed, or limit their information to what they want to hear. A lot of the candidates aren’t interested in governing as much as they’re interested in winning, and in the end the whole thing is an exhausting endurance trial for everyone involved. Everyone on every side tries to game the system, adhering to the letter of the law rather than the spirit, and when it’s all over just shrug and say, “Well, that’s just how the game is played.”

But, as has often been said, of all the political systems on offer, it’s one of the best. And especially after yesterday, I’m thankful for it.

It is true that we are, in essence, exactly where we were before the election – Barack Obama in the White House, a Senate controlled by the Democrats but not locked down, and a House controlled by the Republicans. If the last couple of years are any indication, it looks like the way forward will remain much the same. A lot of gridlock and obstructionism, with each side complaining about how the other side isn’t playing fair, and how if only they would change their minds to think like we do, we could get work done. So there is that.

But look at all the good things that came of this election – and I’m sure I’ll miss a few:

I’m sure I missed some – sound off in the comments.

In general, I’ve always thought this: people, as individuals, are usually pretty smart. The People, in aggregate, are as dumb as a box of dead squirrels. [1] But I am always happy to be proven wrong on this point, and I would say that the 2012 election did a nice job of that.

I got a campaign mailer!

Those of you living in the US are probably completely jaded about this by now, I get that, but I haven’t gotten one of these in ages. It’s from Bill Wadsworth, the Republican candidate looking to be re-elected to State Rep. It came with a nicely-done CV and statement of principles, along with a letter that someone had written my name on in what I assume is ink. 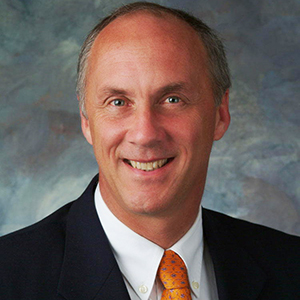 Now keep in mind, he’s too late – I’ve already sent my ballot back, and even if I hadn’t, I would rather set my own hair on fire than give a vote to the Republican party. He seems like a decent guy on paper, but he doesn’t belong to a decent party, and there’s no way in heaven or on earth I’ll reward them with my privilege as a citizen.

Still, I have to give Wadsworth credit: His people must have sent this out right after my ballot application arrived, and it raced across the planet only to be a couple of days too late. On top of that, I’m a voter living abroad – not exactly a demographic that’s going to tip the scales for this or any other election. Someone made the decision to send this to me, and for some reason that warms my cold, shriveled heart a little.

Man, I need to get more mail.

So kudos to you, Bill Wadsworth! If you weren’t allying yourself with bigots, plutocrats, and thieves, this might have convinced me to vote for you. Better luck next time.

We should all just re-use this picture. It's gonna happen eventually...

Just a short note, covering a couple of things.

1) I’m going for a blogging schedule of at least once a week this year. No guarantees on content, and it’ll probably get politics-heavy as 2012 drags on. And there’ll be some maniacal cackling and / or pleas for a swift death after December 21st, but disregard that.

2) Explain to me why we care about the Iowa Caucuses again? I mean, aside from the fact that the only people who are going to participate are the hard-core wonks from either side, a quick look at their record seems to suggest that someone ought to just build a giant coin-flipper in the middle of downtown Des Moines. Seriously, when there’s not an incumbent running for re-election, it’s a 50% accuracy rate at best.

So what does this mean? It means stop encouraging these people. And by “these people,” I mean the candidates, the media, and the self-absorbed partisans who participate in this charade in the belief that what they’re doing actually has any influence.

Oh, and just for fun: the New Hampshire Primaries are only slightly more predictive, but only for the GOP. In the same races as above, the Democratic NH winner went on to be the nominee in 3 out of 6 years, and the Republican did so in 3 out of 5.

Man, if I’m this cynical now, just wait until things really get rolling…