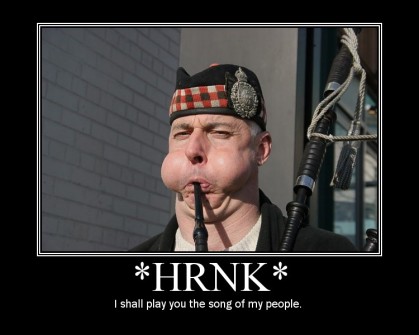 I find that I don’t talk about music much, which is weird. I’ll talk about comics till I’m blue in the face, and y’all know how much I like to talk about books. But there’s something with talking about music that just makes me really… hesitant.

Perhaps it’s because I know a lot of people who are really into music, and who have very strong musical tastes. Perhaps I don’t want to lower myself in their eyes by revealing the ridiculous things that I snap my fingers to sometimes. Or perhaps it’s because the songs you like really say a lot about you as an emotional being. Unlike books, music is best when it’s not appreciated as an intellectual exercise – you should just let it wash over you and through you and see what kind of buttons it pushes and switches it flips. Maybe I fear that revealing the songs I like will tell you more about me than I really wanted you to know. [1]

In the end, I realized that I have an iTunes playlist of four-or-five star songs – which should be the best of my collection – that I invariably skip through like an ADD kid at a Five Second Film festival. So I’ve fired up the ol’ iTunes Playlist of Favorites and set it to shuffle, and I’ll write about the first ten songs that come up. Here we go…

Ah, college… I’ve been a fan of They Might Be Giants ever since high school, thanks to Jonah Knight (singer/songfighter), who played “Triangle Man” for me once and got me hooked. After that, I was always sure to pick up the new TMBG CD when it came out. The original version of this song was off their John Henry CD, and it really spoke to me as a twenty year-old with issues of ego and my place in the eyes of others. A significant sample of the lyrics is as follows:

Was it something you would do for anybody?
Was it what you’d only do for me?
I need to know because you see
I want to thank you for putting me back in my snail shell

Friend
Look what you gave
And how can you ever be repaid?
How may I give you a hand
From the position at your feet where I stand?

There’s a certain bitterness there, isn’t there? The singer is angry and sarcastic and just a wee bit passive-aggressive in trying to complain to his “friend” about how he’s been treated. The narrator of the song struck me as someone who perhaps tried to move out of his comfort zone, to do something different that his friends wouldn’t expect of him. Perhaps even to challenge his friend’s sense of dominance over the narrator. For which the friend swiftly and sternly smacked him down and put him back in his place.

It really was a good song for someone who held his friends’ opinions of him in high regard and was at the some time convinced that they didn’t return the opinion. I don’t play it as much anymore because it’s a phase that you should grow out of as you grow up. The friends who didn’t think much of me have fallen by the wayside, thanks to time and distance. The ones who thought I was worth keeping did so, regardless of how far away I went and how long I stayed here.

Of course, that doesn’t mean I’m not still in a snail shell – I have a nice cozy one all set up. The difference is that I’m not blaming other people for putting me there.